If you are not familiar with the modern Damon system of braces and brackets, let us take a moment to tell you a little about it. The Damon system has been called a revolutionary orthodontic advancement, and it’s one that many orthodontists, including those here at 360 Orthodontics are very excited about.

Damon brackets are self-litigating, which means that the wires that shift and align your teeth into place are held in place by a small “gate” on the brace on each tooth, which the wire passes through easily and seamlessly. With traditional braces, elastic ties are used to hold the wires in the braces, which puts friction on the teeth and can cause pain and discomfort. With the Damon system, because the wire is moving through the gate, instead of being held into a static position, less friction and force is required to move teeth, resulting in less pain and discomfort for patients.

Damon brackets are smaller and generally more lightweight than traditional metal brackets, and so are often less noticeable to the wearer, and to others.

What are some of the advantages of the Damon brackets over traditional brackets?

With its self-litigating “gate” system, many orthodontists feel that the Damon system and materials are superior to other brands and orthodontic systems available on the market today. One advantage to Damon brackets over traditional brackets is their superior craftsmanship means that there are less issues with the brackets during treatment and check-ups, resulting in less pain, and less time spent positioning and securing new brackets onto teeth, which can reduce the overall amount of time spent in treatment. Because the Damon system moves teeth into alignment much quicker than traditional braces, you may not need to have teeth extracted (pulled) in order to make additional space in your mouth like you would with traditional braces.

Damon brackets, and the Damon brace system also enhance your entire face – not just your smile. With the Damon braces, as your teeth gently and quickly shift into alignment, your smile  naturally broadens, enhancing total facial alignment and creating a larger, more lovely smile.

Another advantage of Damon brackets over traditional brackets is that traditional brackets have clips or o-ties which hold the wire against the slot in the bracket. These clips or o-ties can attract plaque build-up on the surface of the teeth, which makes teeth more susceptible to white spots and/or decalcification over time. These white spots can be permanent, and can impact additional dental or orthodontic procedures, including teeth whitening.

Finally, the Damon system now has the Damon Clear bracket, which is nearly invisible to the eye. Many adults shy away from orthodontic treatment and braces because they do not want the “metal mouth” look that comes with traditional metal braces and metal brackets. The Damon Clear bracket provides a great solution for those interested in braces, but who don’t want their braces to be noticeable.

If you are interested in any system of braces, whether it be the Damon system or traditional braces, please call us today for a free consultation. 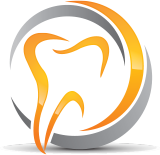